The public facilities network has always played a crucial role within the urban environment, as it not only provides citizens with the services they require (such as education, health, commerce, etc.), but it also increases the attraction potential of the public space itself, by animating the otherwise barren built tissue and offering people a pretext for interaction. One can therefore legitimately state that the network of public facilities majorly influences the quality of life within urban communities, a matter of utmost importance for the present-day scientific community, as well as for the public authorities.

However, the structure and distribution of the public facilities network varies deeply, not only from one city to another, but also within the urban settlements themselves, as the contemporary urban space presents itself as a dynamic ensemble, a mosaic of built tissues, erected during different periods of time, which, together, define the larger whole, as well as its identity.

Among these typologies, the collective housing, which embraces different forms of expression in the contemporary city, becomes all too often dominant within the urban environment, representing both shelter and landmark for a large percentage of the population. Thus, the organization of the public facilities network within collective housing neighborhoods and its effects towards the local community are becoming subjects of utmost importance for the contemporary urban planners. This paper therefore proposes a thorough theoretical study on this matter, which aims towards identifying certain patterns or trends regarding the distribution of public facilities within collective housing neighborhoods during the different development stages of this phenomenon in Romania after the Second World War.

Finally, the theoretical findings are further illustrated through the case study regarding the collective housing neighborhoods of the city of Timisoara, through a comparative analysis of the distribution of the public facilities network within three such neighborhoods, each from a different development stage of this phenomenon within the city. 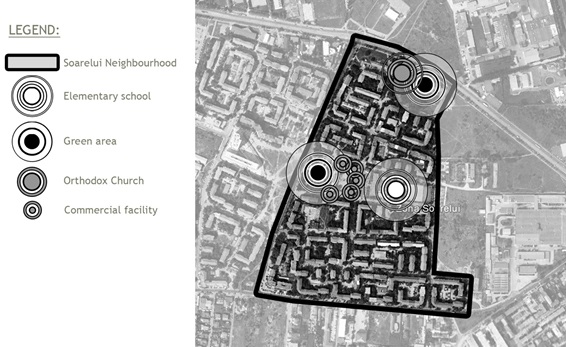 Figure 4. The distribution of public facilities within the Soarelui Neighborhood, Timisoara