The lack of sustainability of urban sprawl type developments has been the subject of numerous academic and professional research studies. However, a clear identification of the stages of urban sprawl has not been fully developed as most studies ignore its incipient phases.

Eastern European cities follow the same path of urban development as their Western neighbours, often repeating the same mistakes in the blind pursuit for a similar quality of life. Having an over 50 years old late start in the urban-suburban-neighbouring city urban migration development pattern could prove crippling unless urban planners learn from their neighbours’ mistakes and skip a few proven bad steps.

The Romanian centrally developed polycentric urban network based on forced industrialization is experiencing the impact of demographic and economic change, acute population loss and poorly planned suburban areas. Urban planning strategies able to withstand these conditions need to be developed in full knowledge of the current situation, urban migration patterns and development trends and prognosis.

The aim of this study is to determine the different phases of urban development leading to an actual unsustainable urban sprawl with a higher focus on early stages.

Through a structured analysis of several Romanian cities, differing in size, geographic location, social and economic context, and their population over the past 68 years we can finally identify whether Romania is experiencing urban sprawl and its stage of development. By analysing EU determined development poles with their surrounding suburban area, satellite and nearby smaller cities, shrinking or dying urban developments can be pinpointed. 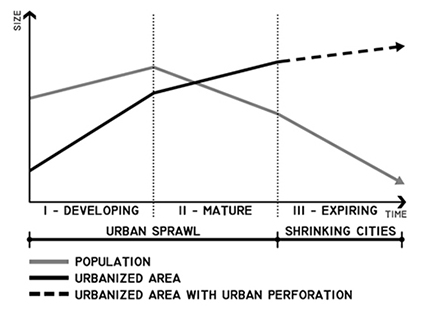 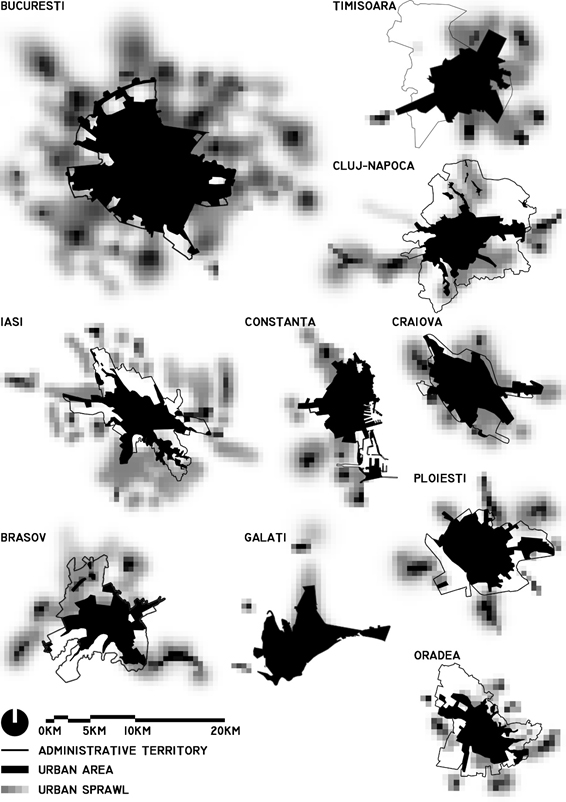